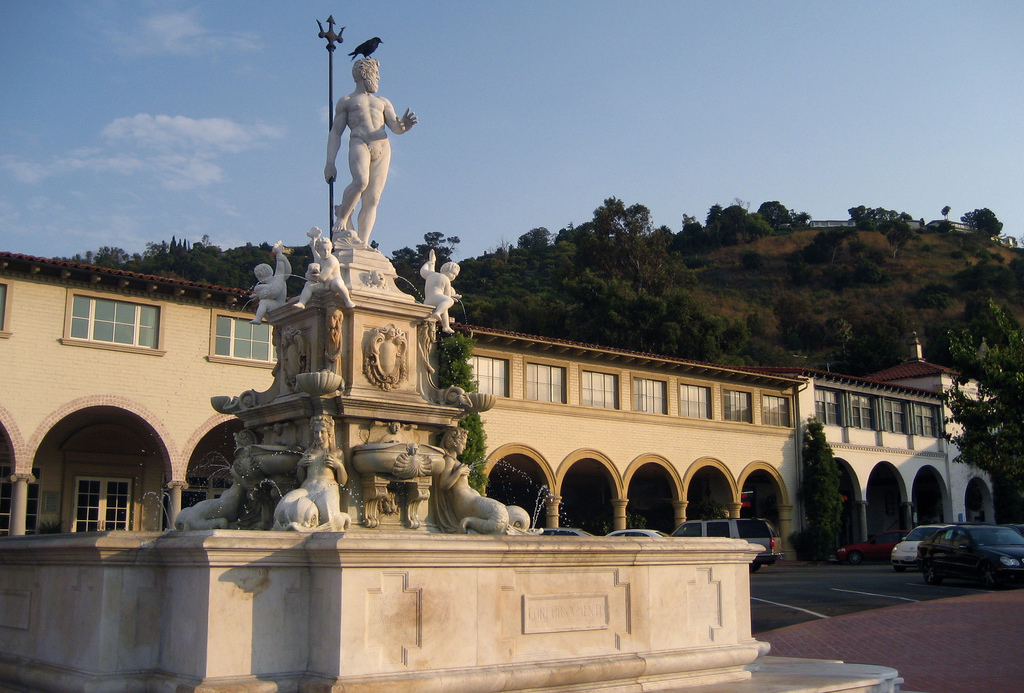 Point Vicente Interpretive Centre is the perfect place to whale-watch. Some attractions may be temporarily unavailable or require reservations in advance.

Places to visit in Palos Verdes

The city was master-planned by the noted American landscape architect and planner Frederick Law Olmsted Jr. The city is located along the Southern California coastline of the Pacific Ocean.

Check the top places to visit in the region and plan your next adventure today.

Wayfarers Chapel, or Glass Church, is located in Rancho Palos Verdes (California), on the cliffs above ocean. It is part of the Swedenborgian Church of North America. It was built in memory of its founder Emanuel Swedenborg. The church was designed by Lloyd Wright (son of Frank Lloyd Wright) in the 1940s. It was completed in 1951. The glass walls allow nature to “define” the sacred space.

A tower and visitors center were later added, but the center was destroyed in a 1960s landslide. It is a popular destination for weddings, and is on the National Register of Historic Places.

Point Vicente is a park that surrounds Point Vicente Lighthouse. It’s a popular spot for recreation and offers great educational opportunities. The park’s Interpretive Center, measuring 10,000 square feet, was built in 1984 to explain and present the history of Palos Verdes Peninsula. It houses a variety of exhibits about the natural and cultural history of the Peninsula and the Pacific grey whale.

"This park is an excellent place to watch the Pacific gray whale migrate from December through April. You can find picnic tables all over the park. However, fires and barbecues cannot be used."

"It is near the rocky shoals which have sunk many ships. The National Register of Historic Places lists the lighthouse."

Abalone Cove Shoreline park is situated on a beautiful stretch coast. It features two beaches – Abalone Cove & Sacred Cove. There are also caves, picnic areas and tide pools. You can also enjoy spectacular views from the top of a bluff and fantastic hiking trails. A State Ecological Preserve is located in the park, which protects marine and animal life.

"Abalone Cove Beach is accessible via a long trail that runs from the parking area on the bluff. Two trails lead to Sacred Cove beach via Palos Verdes Drive South."

The Trump National Golf Club, located in Rancho Palos Verdes is one of the most prestigious public courses in Southern California. This is the only course to feature a Pete Dye Signature Design and Donald J. Trump. Trump National features a driving range, practice green and game practice.

“There are many walking trails that run through the course, along cliffs overlooking Pacific Ocean, and all the way to the beach. A lovely public park is located on the bluffs just in front of the clubhouse.”

Green Hills Memorial Park, Rancho Palos Verdes is a large cemetery that was established in 1948 on 120 acres. It was created in partnership between local business owners and community members.

"This beautiful, park-like location overlooks the Palos Verdes Peninsula and the Pacific Ocean. It also offers a final resting place for loved ones. Visitors can enjoy a peaceful and serene environment in the grounds, which are meticulously maintained."

Palos Verdes Estates came in 35th and is the second-wealthiest community in Los Angeles County, with an average income of $107,800 and average home value of $580,800.

What is Palos Verdes Estates known for?

Public safety. Palos Verdes Estates is the only city on the Palos Verdes Peninsula to have its own police department (the other three peninsula cities contract with the Los Angeles County Sheriff’s Department, using the station in nearby Lomita). The department currently has 25 officers.