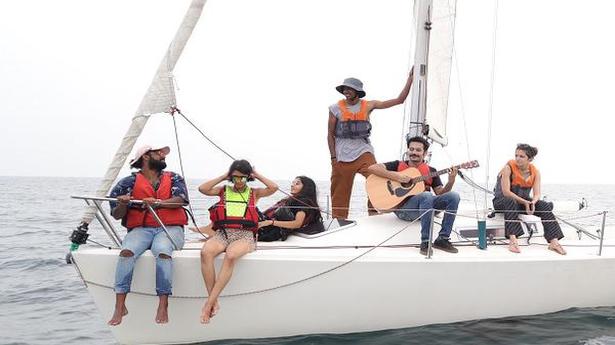 In a socially-distanced post-Covid-19 world, sailing, kayaking and other water-based solo sports are finding popularity among people looking for adventure

It was an unusual Sunday in an unusual year for Sendil Nath. Six kilometres into the Bay of Bengal, atop a yacht, as he manned the boom and pulled the ropes to steer the boat under his captain Dheer Singhi’s orders, he felt a familiar thrill.

“There were times the wind was so strong, it felt like the boat would almost capsize,” says the 41-year-old former motorbike racer, “That rush I felt while racing was back after 15 years.”

Empty blue waters reflected the sunset as Sendil, his wife, and two six-year-olds sitting at the nose of the boat looked on, and Dheer brought out a cake for the kids to cut.

A day at sea is one of the main thrills that Sportifying India, a city-based niche sports company is offering. “People come looking to escape city life. Once you have exited the harbour, it no longer feels like you are in Chennai,” says Dheer, who co-founded Sportifying India, along with fellow international sailors, Abhimanyu Panwar and Avinash Shanbhag.

As cities limp cautiously back to recovery, entertainment avenues are still limited. Niche watersports such as sailing, kayaking, paddling and canoeing hope to fill the void.

“Sailing is not a team sport. You are on a boat and on your own (in the case of single-handed boats). You may have one more person as a crew member, but social distancing is part of the game,” points out Dennis Luiz, commodore of the Ernakulam Sailing Association in Kerala. After a hiatus since the lockdown when it had to down oars, the association is gearing up to reopen soon.

After launching in November 2019, Sportifying India had to put an early brake on its operations due to the pandemic. But once the Chennai harbour opened up to commercial activities, in late September, they resumed the sailing trips, starting by inviting city musicians such as Maalavika Manoj and The F16 band for a day of music and fishing.

“We first ask people what kind of experience they are looking for. Some want to celebrate a birthday or an anniversary, some just want to go out to sea. We curate the trip accordingly. We could get a cake or decorate the boat with balloons,” says Dheer, adding that all COVID-19 protocols of wearing masks and sanitising are followed. “If you wish, you can come in lesser numbers so that you feel more safe,” he adds.

Dheer and his team are members of the Royal Madras Yacht Club, and so, have access to the harbour. People who want to go on a trip can book three days in advance to get the team to make their passes from Chennai Port. “You can hang around the harbour and the club, and take in the sights, before moving to the boat and out at sea,” he says.

While sailing has just restarted in Chennai, the Global Sailing Club in Kochi, a seven-year-old association, has been back in business since June. In fact, the number of people participating in sailing has doubled since last year, says OC Thomas, founder of the sailing club, adding that up to 40% of them were newcomers. “People learn sailing but mostly, they want to make a whole day out of it — they come with their families to sail, have lunch, drinks and then head back,” he says.

This strategy of promoting water sports at a family level, is one that even the Ernakulam Sailing Association has embraced. “The idea is to rope in adults who are interested. So, when they join, their family too, especially kids, jump on the bandwagon. This helps generate interest at an early age. Sailing is for the young and the old,” Dennis says.

About a week ago, Kollam’s Syzygy Ecosports restarted kayaking and canoeing, for up to three people. Located at Pozhikkara beach, it takes its customers to the Paravur backwaters and the Ithikkara river. “We already have bookings made by residents of Trivandrum and Varkala. They prefer weekdays, while on weekends we get visitors from nearby resorts,” says Dani George, founder.

Explaining that the company wants to ensure the activities are private enough for customers to feel safe, he says, “We allow only two groups per day, and both can’t visit simultaneously,” he adds. “A lifeguard is there to escort the group on another kayak, at two arms’ length.”

Dani describes how paddling in the Ithikkara River, when you cross a mangrove forest, feels like a mini-Amazon. “Even at midday, there is no sunlight, the canopy is that thick and tall. You can also get out of the canoe onto a sandbar. It is a good place to take a break and rest, and play volleyball. During high tides, it appears as if you are standing on the surface of the water,” he says. Three people in a canoe on the Ithikkara River, guided by Syzygy Ecosports

Being stifled at home for a few months has clearly increased appreciation for the outdoors. This, Chennai-based Kumaran Mahalingam, founder of Paddle for Future, discovered looking at his sales over the past few months.

The company expanded its Mangrovebay Ecocamp in Chidambaram near Pichavaram and now includes sunrise kayaking. “If we had 50 bookings a month before the pandemic, it has increased to 150 now, post the lockdown,” says Kumaran cheerily. “The value of being in Nature has increased.” 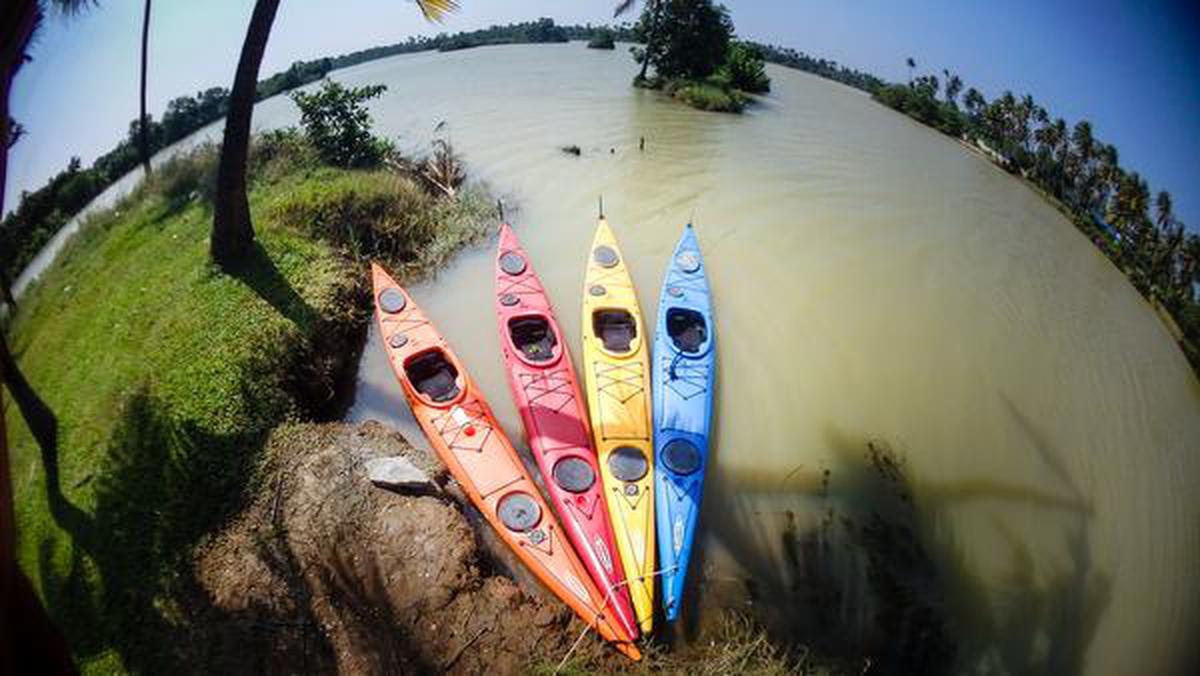 The ecocamp takes a maximum of 14 people per day, and the 10-acre campus makes social distancing easier. Guests come in a day in advance, stay the night in tents or bunks, kayak early morning, have breakfast and then head back to the city.

Its Work From Camp programme sees people staying there for longer — the 9 to 5 day begins with a round of kayaking in the morning and paddling in the evening. “We take the kids to a beach near Pichavaram and teach them about the ecosystem there. We have also introduced silambam training on the beach,” says Kumaran

Kumaran and his family live the outdoor life they preach. For 100 days, from March to July, and again for the past three weeks, they have been living by the mangroves. “We spotted wild otters every day last month.” But the best part? “My 10-year old son became an expert in kayaking and bird watching.”

With inputs from Harikumar JS

The Best Beaches in Barcelona (Including the Nude Beaches) – Travel Dudes