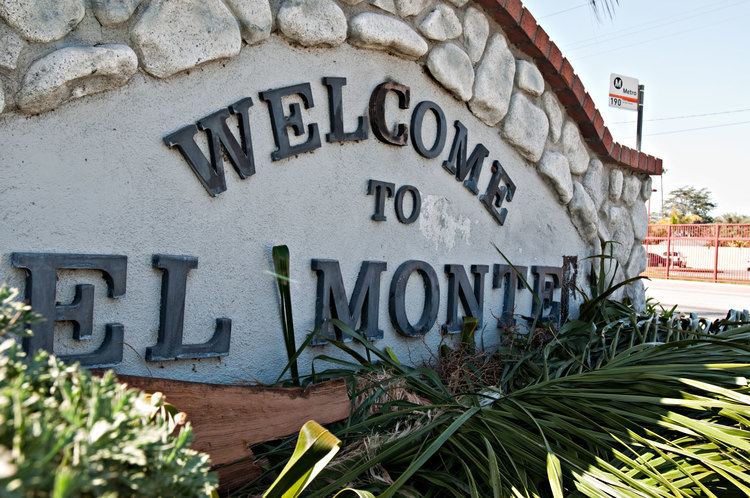 El Monte is located in Los Angeles County California, United States. It is located east of Los Angeles in the San Gabriel Valley. El Monte’s slogan reads “Welcome To Friendly El Monte”, and it is also known historically as “The End of the Santa Fe Trail”.

El Monte lies between the Rio Hondo and San Gabriel Rivers. It is a marshy area around where the Santa Fe Dam Recreation Area now is located. The residents claimed that any kind of plant could be grown here. Spanish missionaries and soldiers often stopped by the area between 1770 and 1830 to rest. The area was called ‘El Monte’, which in Spanish meant ‘the mountain’ or the mount. However, there were no mountains within the valley. This word, which is an archaic Spanish translation from that era, means “the wood”. This land was found between two rivers by the first explorers. It was rich and low-altitude, with thick growths containing wispy alders, willows, and cattails. Watercress and wild grapevines were also abundant. El Monte measures approximately 7 miles in length and 4 miles in width.

Although it is close to downtown LA’s hustle and bustle, El Monte has many places that you can escape the city sprawl. One of the most visited is Whittier Narrows Nature Center. It is located on South Durfee Road and covers nearly 400 acres of natural areas that are relatively undeveloped, which offer outdoor recreation opportunities.

It’s open early and closes at night, making it a great spot to capture iconic California sunsets or sunrises.

Santa Fe Trail Historical Park (also known as Pioneer Park) is located in El Monte, California. This location was declared a California Historic Landmark in 1987. This was an original encampment along the Old Spanish Trail.

The American Military Museum can be found on Rosemead Boulevard, El Monte. This museum offers a unique and engaging way for military history enthusiasts to spend a few hours.

Permanent exhibits at the museum include historical military memorabilia such as uniforms, photographs, weapons, and firsthand accounts from those who served in various roles during war and peace.

Los Angeles is larger than most other big cities in the country. This makes it ideal for helicopter tours.

UAA Los Angeles Helicopter Tours is located on Santa Anita Avenue, El Monte. You will find one of the most unique tours in Southern California.

Many guests are amazed at the amount of ground (air), that can be covered in such short periods. UAA helicopter tours are often one of the most memorable, thrilling and enjoyable activities guests can do during their vacations.

The copters can carry up to four people and the tours last approximately 30 minutes to an hour.

The La Historia Society Museum at Tyler Avenue in El Monte was founded by concerned citizens who did not want this to happen to their beloved city’s history.

A local non-profit now runs the museum. It houses a variety of educational and interesting exhibits that aim to preserve and promote the city’s unique culture and history.

The museum hosts many temporary exhibits in addition to permanent ones.

El Monte, the oldest settlement in San Gabriel Valley. This 8,500-square foot space is full of unusual artifacts that celebrate our heritage.

El Monte’s Mountain View Park, which covers just ten acres of land, isn’t the largest in the region. However, what it lacks in area size it more than makes up in amenities.

Elliot Avenue is the entrance to the park. Although the indoor community center is the main place of activity, there are many trails and shaded seating areas as well as a playground.

The community center offers a range of programs each year and has an auditorium, which is a popular venue for community events.

The park’s outdoor areas are generally quiet and get very little foot traffic. This makes it a great option for anyone looking to spend some time alone with Mother Nature.