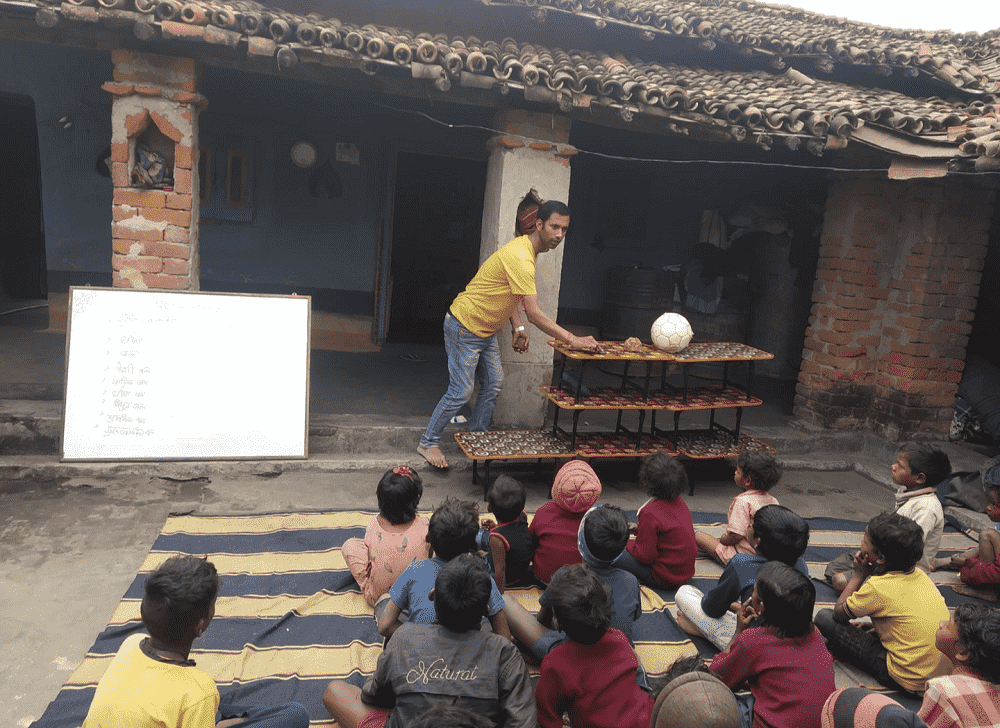 A dream does not become reality through magic; it takes sweat, determination, and hard work.

SalamatRaho presents to you one  inspiring and positive story from Naxal Heartland of Bihar, Jamui.  Read it for yourself to believe.

This control over one’s attitude needs will power, confidence and belief in your vision. There are few who believe that if you don’t like something, change it, but how many can actually put it to practice?

One man did it – Vikash Kumar

Vikash belonged to one of the most dangerous areas in India. The Naxal hard-core base area of Bihar, Jamui District.

More stories on SalamatRaho in the link below:

The Naxalites have frequently targeted tribal, police and government workers in what they say is a fight for improved land rights and more jobs for neglected agricultural labourers and the poor in active zones, better known as the Red Corridor.

The beginning of new social order not only left the upper castes militia irrelevant but also challenged the Naxal outfits.

Implementation of new schemes of the state and the central government have added value in generating a cohesive social order. The creation of self groups and connecting them through the banking system has brought magical changes in the lives of the poor, along with the panchayat election initiated in Bihar.

But actual change comes with education and awareness.

Vikash was one such person who realised the impact of education on the children of these Naxal families.

He was born in Laxmipur, Bihar. Finished school and went to Bhagalpur chala to do 12th and BA. Then he went to Lucknow to do Hotel Management. He worked as a supervisor in different hotels like Taj, Le Meridien, Hilton for 3 years. It was a very dazzling world and he had high dreams of going abroad to work also. Life was set. Was earning well and living a stable married life. Like millions of men in their twenties.

He had experienced all the glamour of an invigorating city like Delhi, Lucknow and others.

Yet, he was restless. His mind was not at peace. The words of his grandparents haunted him. They used to always motivate him by saying that someone should try to help the Naxal families and the children. No outsider will understand, but someone who has witnessed the reality, must take the responsibility. Vikash would feel guilty, that while he is enjoying the comfort and benefits of a progressive city life, the people in his village were living in darkness.

The livelihood of the people here depends on the natural resources of the forest. There was no regular income or development in that region.

Because of this, his birth place and Naxal are also affected. Being extremely backward in the field of education, people here had joined the Naxalite movement. And these people first of all target the schools.

Vikash looked at this as an opportunity to help them change their mind set.

He says, ”This is not a threat, this is an opportunity to do our part and contribute. Because this is my birthplace, then I also have a duty towards it. That I can be the solution of the people here and their problem. Somebody had to start, so why not me?”

He started planning how to bring light into their lives. He tried initially, to balance both, career and social work, but it wasn’t possible.

Vikash left his lucrative corporate secured job and decided to move to the Naxalite area and teach the local children, who were suffering for no fault of theirs.

It was a tough call, to suddenly lose financial stability and to opt for a totally unpredictable life, henceforth. His parents and family were extremely upset. But Vikash was determined.

“When you change your thoughts, remember to also change your world.”—Norman Vincent Peale

He left with his baggage and reached the station in a village in Naxalite region of Bihar. With no fixed plans, security, safety or income.

He finally found a place to stay. He then started meeting families and convincing them that allowing the children to study, will have a good impact on their future.

As expected, the locals were extremely suspicious of an outsider. The police also doubted him, assuming he had negative intentions. So, he was facing obstacles from both ends. He was walking a tightrope daily, not sure whether he will be dead or alive once he goes into that region.

Even the children were scared of him. He used to give them sweets to lure them to just come and listen to him.

With no surety of income, he used to have his meals with the children at the midday meals session. Dinner he managed, eating with some local families. So, life was extremely tough. Surviving in those conditions, the heat, the constant danger, yet, not losing the grip on his vision of educating the Naxalite family children. Aim was to bring about change.

First of all, he started his class from Adwariya village, which is situated in the middle of the forest and close to where he lived. He made a group with the youth in that region and went house to house convincing patents. Initially, he started having classes under a tree. Then he arranged a room and more and more children started attending and parents’ support increased.

Once he gained some stability, his wife joined him and he gained further confidence that he was on the right track. Many would have turned back. One needs courage to stick through these ups and downs. Success is not final; failure is not fatal: It is the courage to continue that counts.

After a year of managing alone, a volunteer joined him. And step by step, his team increased.

He started getting some donations and he arranged for stationery and books. The first two years were spent in just gaining the trust of the local people.

But Vikash did not give up.

The next few years, progress gave him hope. Vikash encouraged a few people to celebrate their birthdays with these children, share some sweets and gifts. These activities were posted on social media and facebooks etc. Many found these appealing and regular requests to celebrate personal special days started pouring in. And that’s how Vikash’s centre started receiving donations, furniture, and teaching aids.

The voluntary teachers also started getting a salary so slowly, his project gained foundation.

Proper training is given to students who want admission in Navodaya and Sainik Schools.

His NGO – Pahal Ek Nayi Soch, is registered and he will soon get his 80 G license to raise funds through CSR also.

Finally, Vikash is getting recognised for his sacrifice and contribution by the local authorities and has been awarded too.

The complete ambiance of the Jamui district has changed since children started going to school. Education opens new windows. The Naxalite activities have also reduced over time. The families now have hope that the next generation will focus on education and now follow the dangerous path taken by their elders.

Even if it is a matter of a few hundred children, yet, people like Vikash are making a huge change at the ground level and bringing sunshine in the lives of thousands.

If more and more educated youth of our country follow the footsteps of people like Vikash, then a new India is not too far.

For Vikash, one can say,…..“If you are working on something that you really care about, you don’t have to be pushed. The vision pulls you.” — Steve Jobs