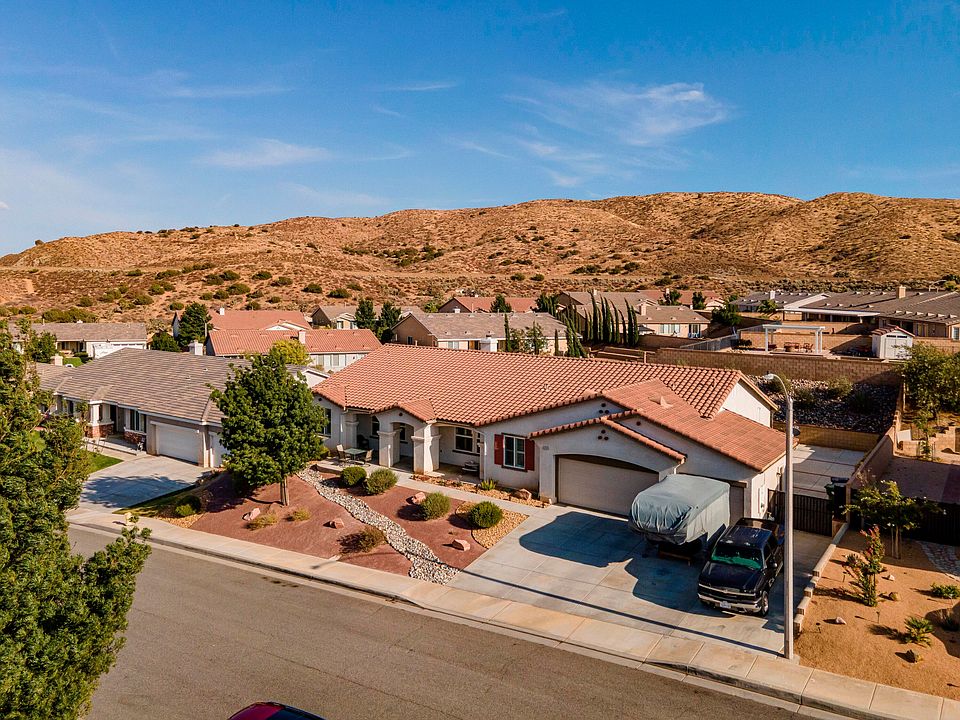 "Palmdale, located in the Antelope valley on the west side of Mojave Desert is a small town surrounded by vast desert landscapes that recall the golden age western movies."

You can either explore the Antelope Valley, with its stunning desert scenery, or climb the San Gabriel Mountains in winter for day trip inspiration. Los Angeles can also be reached, with Hollywood only an hour away.

If you're looking for the very warmest time to visit Palmdale, the hottest months are July, August, and then June. See average monthly temperatures below. The warmest time of year is generally early July where highs are regularly around 100.1°F (37.8°C) with temperatures rarely dropping below 67.4°F (19.7°C) at night.

Places to visit in Palmdale

"You are planning to travel to the United States but don't know if Palmdale should be on your itinerary? We have compiled a list of things to do around Palmdale. It is our belief that you will be delighted to include Palmdale in your travel plans."

The United States Air Force Plant 42 is located on the Palmdale’s north-eastern border. This plant houses many of the US Air Force’s aircraft that have been tested and manufactured since the 1930s. Joe Davies Airpark is open to all aviation enthusiasts.

“These aircraft are all from the early days of jet aviation following the Second World War. The F-22 Raptor is a newer addition, which was introduced in 2005.”

The Blackbird Airpark, which is located on the same site of the Joe Davies Heritage Airpark but is an attraction in itself, is devoted to the Lockheed SR-71A or Blackbird. After a highly-classified design project, this reconnaissance aircraft was introduced in 1960.

“There were only 32 of these amazing machines ever made, and you can see them at the Blackbird Airpark. The D-21, an early drone that flew at high speeds in hostile airspace, can also be found here.“

This attraction is great for children from May through September, especially during the summer heat. This attraction has six slides for adults and children, and a fun zone for toddlers with amusements, shallow pools, and three smaller rides. Dusty’s Mineshaft Racer is the main attraction for older guests.

"It features twin flumes that allow you to race against a competitor on specially-made mats. A juice bar and Subway branch are located next to the park's slides and pools."

This giant mall was built in 1990 and is Palmdale’s most popular shopping destination. It also features a 16-screen cinema complex. Antelope Valley Mall has 140 stores and services. The five anchor stores include Macy’s (JC Penney), Sears, Dick’s Sporting Goods, Sears and Forever 21.

“Shopping can be exhausting so there is a variety of food options at the mall. There’s also a restaurant row with restaurants like Olive Garden, Red Lobster, and Arby’s.”

Palmdale’s Mulligan Family Fun Center has many ideas for younger family members. These attractions can be found all over the USA. Young children and teens can enjoy hours of fun in a variety of activities. Video arcades, batting boxes, lazer tag and mini-golf are all available in one attraction. The Mulligan Ropes Course is a safe, three-storey high play area that offers smaller children challenging obstacles such as rope bridges.

It is worth noting that Antelope Valley was settled for thousands of year. The Indian Museum will give you an insight into Antelope Valley’s rich history and anthropology. H. Arden Edwards, a self-sufficient farmer/artist who established the museum in 1928, was the first to do so.

"The museum's exhibits feature ceramics and textiles that give an insight into the lives and norms of Native American aboriginal and modern-day groups. Joshua Cottage shows how Native Americans made fires and processed grains for food.“

If you are in Palmdale between February-May, you can simply visit this natural reserve located 30 minutes north of the city. California’s state flower, the poppies, blooms for just a few months.

This adds a Technicolor touch to otherwise barren desert landscapes. It is a stunning sight and you will be proud to show off your photos. There are seven miles of trails for visitors to enjoy, with a portion being paved to make it accessible for those who use wheelchairs.

Is Palmdale a desert?

Is Palmdale a suburb of Los Angeles?