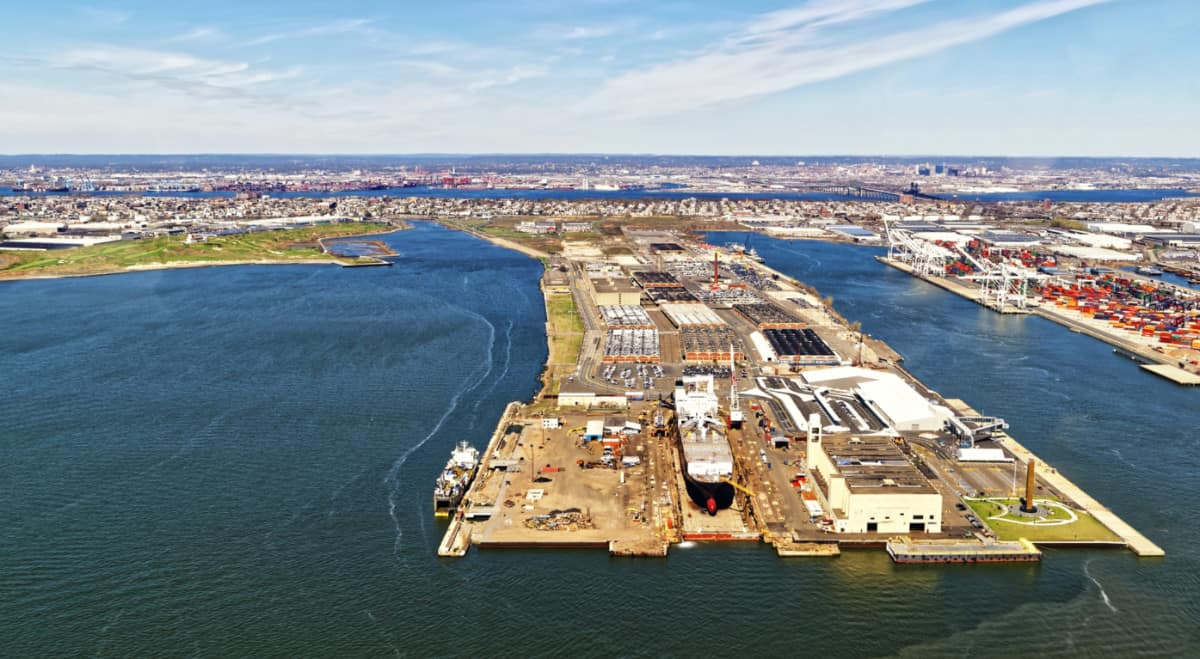 Bayonne was initially formed as a Township from parts of Bergen Township. Bayonne was established as a city in 1869 by the New Jersey Legislature.

The area that is now Bayonne was originally inhabited by Native Americans. However, the Netherlands claimed the region after Henry Hudson discovered the Hudson River. 26 Royden Page Whitcomb’s 1904 work, First History of Bayonne in New Jersey states that the name Bayonne may have been derived from Bayonne, France. This theory is considered to be apocryphal because there is no evidence to support it. Whitcomb also supports the notion that Erastus Randall (E.C.) was responsible for creating Bayonne. Whitcomb gives more credence to the idea that Erastus Randall, E.C., was the owner of the land Jasper and William Cadmus bought for real estate speculation.

The Struggle Against World Terrorism sculpture, 10 stories tall, was created by Zurab Tsereteli and presented to the United States by the Russian government. It is a memorial to those who died in the 2001 September 11 attacks and the 1993 World Trade Center explosions.

Charles N. Lowrie designed Stephen R. Gregg Park. It was established in 1916. The park was originally named Bayonne Park. In its early years, the park had a line of fountains near the entrance at West 40th Street. Visitors used the park’s shoreline for crab fishing and to lower traps into Newark Bay. Stephen R. Gregg (a Bayonne resident for over 50 years) was the first to be honoured with the park’s new name. He was awarded the Congressional Medal of Honor during World War II for his bravery in defending a French German outpost and allowing the rescue of seven American soldiers who were severely wounded. He was also a member for 51 years of the Hudson County Sheriff’s Department and retired as chief judge.

A spectacular path on the Hudson River Waterfront Walkway can be found along the Hudson River’s western shore in New Jersey. The state designed the Walkway so that it would be located directly adjacent to the river, in a continuous connected walkway of 30 feet wide running from the George Washington Bridge to the tip Bayonne. The Walkway is open to the public at no cost, and it’s available 24 hours a day.

Hudson River Waterfront Conservancy oversees the maintenance and completion of the plan’s 18.5-mile length. Its goals include the preservation of scenic values and the implementation and enforcement of State regulations regarding the development and use the Walkway.

FlyJetSki Tours offers a unique opportunity to experience New York City from up-close and personal. You will see iconic landmarks such as the Statue of Liberty and Verrazano Bridge. Fully insured and licensed.

The Newark Bay Bridge (officially the Vincent R. Casciano Memorial Bridge) is a steel through arch bridge[1] which is continuous over three spans. It spans Newark Bay, connecting the New Jersey cities of Newark (in Essex County), and Bayonne (in Hudson County), in New Jersey, United States. It was inaugurated April 4, 1956 as part of New Jersey Turnpike’s Newark Bay Extension (Hudson County). Governor Robert B. Meyner led a ribbon-cutting ceremony.

Richard A. Rutkowski Park is also known as the Waterfront Park or Environmental Walkway. It is located immediately north of the Stephen R. Gregg Hudson County Park. It is part of Hackensack RiverWalk and sits alongside Newark Bay. It was previously called North 40 Park before being renamed in 2006 after former Mayor Rutkowski. Rutkowski Park has an upload section that includes a natural amphitheater and a quarter-mile wooden walkway through a bird sanctuary.