Plattsburgh, also known as Tsi ietsenhtha in Mohawk, is a city located on the north-western shores of Lake Champlain.

At the 2020 Census, it had a population of 19,841. Plattsburgh is located just northeast of Adirondack Park. It lies immediately outside the park boundaries. It is the second-largest community in the North Country area (after Watertown) and serves as the main commercial hub of the northern Adirondack Mountains, which are sparsely populated.

Plattsburgh, located in Clinton County, is home to the State University of New York campus. There are many things to do in Plattsburgh, with over 6 million acres of land within the Adirondack Park. The Best Western Plus Plattsburgh hotel can be found near many museums, sporting events and historic sites.

There are many places to explore, visit and experience in Plattsburgh New York, including Country Dreams Farm, Plattsburgh Mall and Bluegrass Festival.

Point Au Roche State Park is located on Lake Champlain’s northern shore. The park is composed of open and forested areas. It also has picnic facilities, a sandy beach and a concession stand. Softball, volleyball and other games are enjoyed by guests. Fishing and boating are also popular.

Deep Bay is home to 60 designated mooring spots. The Nature Center offers a variety of programs throughout the year. You can hike, bike, and take nature trails through the park, which takes you to areas like forest, marsh, and the shoreline. You can also cross-country ski or ice fish.

Plattsburgh City Beach is one of the most popular freshwater beaches in America. It’s located just minutes from downtown Plattsburgh and boasts a stunning view over the Green Mountains. The unique location includes a stretch of beach, picnic tables and outdoor grills, as well as a Taco Shack & Cabana Beach Bar.

The Clinton County Historical Museum can be found on Plattsburgh’s Museum Campus. This landmark, which was built on land used by the United States Army since 1812, is a historic landmark. Its most prominent collection is Native American relics. The collection, which contains more than 1000 artifacts, is a testament to the fact that there was a Native American population living in pre-Colonial Clinton County. Also on display is Captain Edwin Murphy’s WWI scrapbook. There is also a Redford Glass collection that includes lamps and pitchers. Collection

This region was long a hunting ground for both Iroquois as well as Algonquin Indian Tribes. It was established in 1788. The county was named after George Clinton. During the U.S. Civil War, the Battle of Valcour Bay was fought at Plattsburgh (October 11, 1776). During the War of 1812, the Battle of Plattsburg and the War of Independence were both held in Plattsburgh. The Plattsburgh AFB is the military base that the city supported from 1815 to the present. In 1889, the State University of New York College in Plattsburgh was established. Clinton State Prison is located in Dannemora. Champlain, Rouses point, and Beekmantown are other communities.

The Wild Center, a natural history museum located in Tupper Lake, is close to New York State’s Adirondack Park. It offers outdoor entertainment, live animals viewing, 54,000-square-foot museums, movies, guided canoe trips, and much more. This is the ideal all-day family experience. About an hour from Plattsburgh is the wild center. It is worth the trip to Tupper Lake for its many attractions. More than 900 Adirondack animal species can be found at the facility, including owls and otters. There are also other fascinating creatures that you can learn more about.

The New York attraction boasts amazing trails that offer some of the most breathtaking views you will ever see. This facility’s Wild Walk will take you to new heights, as it runs high up in the Wild Center’s treetops. You will be able see more rivers, creeks and bird species as well as signature bridges and spiderweb.

Champlain is a popular site for both day-use and camping because of its large picnic areas and natural sand beaches. The park is popular with cross-country runners in the autumn. It remains open through Columbus Day. 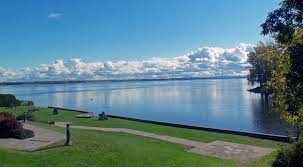 Champy’s FunCity feels like stepping into a child’s dreamland. Champy’s FunCity was created by Champy’s owners who wanted to create a place for families to have fun together. Champy’s FunCity offers nine areas for children, including a laser maze and bumper cars. There is also a mini-bowling alley and a laser tag arena.

Champy’s also has Splash Park, an indoor water park with 105-foot- and 84-foot-long water slides, a mini-putt course that glows in the dark, and Ballocity Softplay. This three-story structure is great for young children who are looking for adventure. The FunCity Arcade features over 40 arcade games, as well as hundreds of redemption prizes.

The War of 1812 museum is located in Plattsburgh (New York). It displays artifacts that depict the causes and consequences of the Battle of Plattsburgh. The museum has a wide range of exhibits that are available throughout the year. Some even travel back to 200 years ago.

The Association collects, preserves, and manages artifacts to achieve this goal. It also launched a national educational drive to explain the significance of the Battle of Plattsburgh during the War of 1812 as well as in American history. The museum also includes the KeyBank Gallery and the Press-Republican Theatre.

The Association aims to preserve local history, to create a museum about the Battle of Plattsburgh or the War of 1812, and to educate all children in the country.

What is Plattsburgh NY Known For?

Plattsburgh is a small city in northern New York that sits on Lake Champlain. It is the county seat of Clinton County. The city was founded in 1785 by Zephaniah Platt, who was originally from Poughkeepsie. After receiving land from Governor George Clinton, Platt moved to Plattsburgh. The town was officially proclaimed by a centralized American authority on April 25, 1785.

Is Plattsburgh NY A Good Place to Live?

If you’re considering moving to Plattsburgh, New York, you’ve likely been wondering, “Is Plattsburgh NY a good place to live?” This article will answer that question for you and more. First and foremost, the city has a lower crime rate than many Suburban areas, making it a great place to live for families. As an added bonus, Plattsburgh also has a higher education ranking than many cities nearby. This is based on factors including public school graduation rates, enrollment rates, teacher to student ratios, and student reviews.

How Far is Plattsburgh From Canadian Border?

If you’re looking for an answer to the question, “How far is Plattsburgh from the Canadian border?” you’ve come to the right place. The town is located right on the Canadian Pacific rail line, but it maintains a partnership with Canadian National to provide alternate rail service. Plattsburgh also boasts a rail spur that runs to its international airport. Amtrak’s famous Adirondack line runs from the Hudson Valley through Lake Champlain and into Montreal.